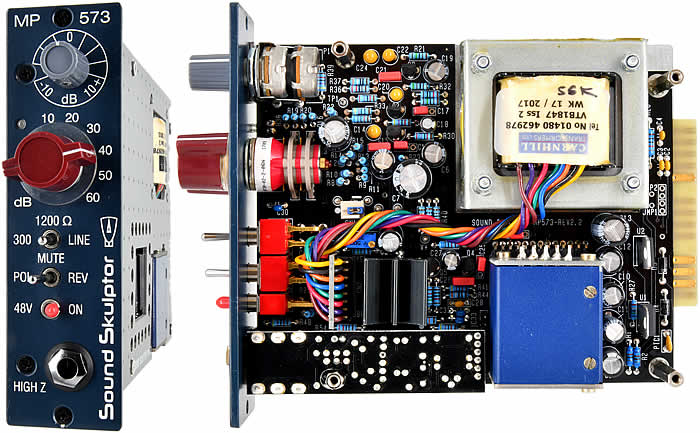 Since the days of vacuum tubes to nanotransistors today, each leap of the technology has seen the birth of a few outstanding products in professional audio which have become, over time, legends.

Our goal is to revive these legendary products and make them accessible to all.

We give them a modern form: Compact design, quick and easy build, some new features such as DI inputs, signal clipping LED's, relay switching , etc., in keeping with what makes their character.

The Sound Skulptor products are slowly crafted with care, precision and many listening sessions in real conditions in our recording studio.

The products are proposed in kit form, to minimize cost as far as possible. They are also available built and tested for the non technicians. 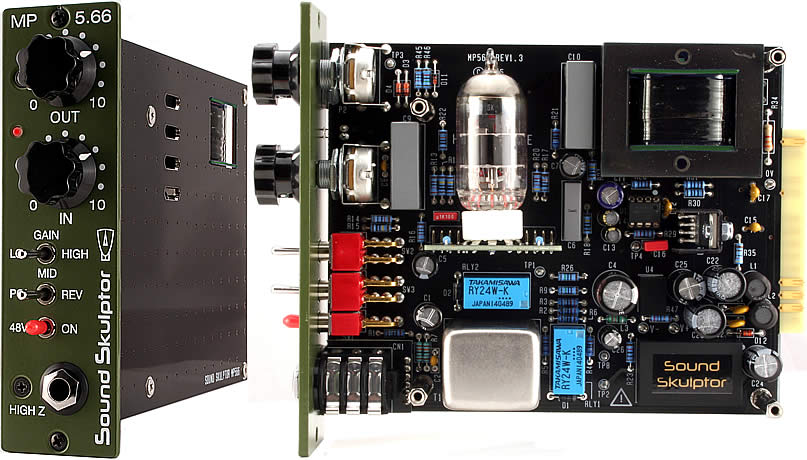 Why a Sound Skulptor kit ? 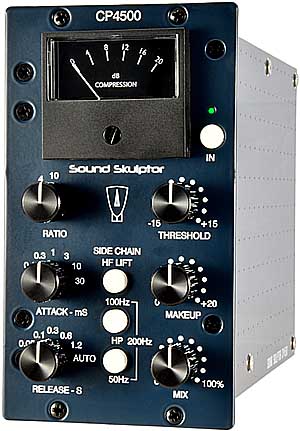 Every effort has been done in the design to make the building process easy. Complex hook-up wiring has been completely avoided by the use of PCB components (potentiometers, switches, transformers ...) and flat cable connections.

Anybody that is capable of doing a clean solder joint, carefully following our step by step Construction Guides and using a digital multimeter should be able to successfully build these kits. Check our D.I.Y. page.

In the case you would fail to build one of our kits, we propose a repair service that will fix it for you.

If you are not confident enough in your DIY skills, there is an option of choosing fully assembled kits. 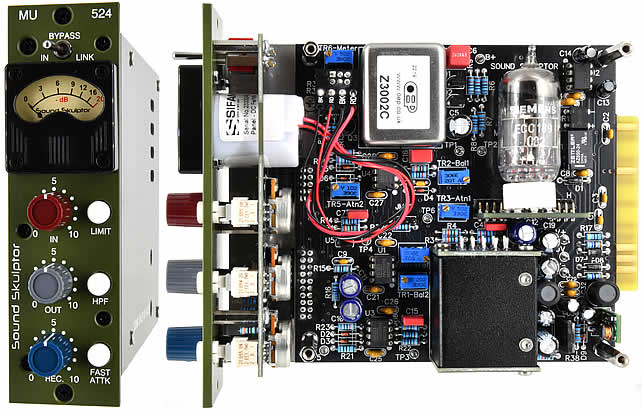 The MU524 is a compressor where the gain variation is provided by varying the mu (gain) of a special tube.

With the help of two transformers it provides a smooth and natural soft knee compression which can travel into land of distortion when driven hard. 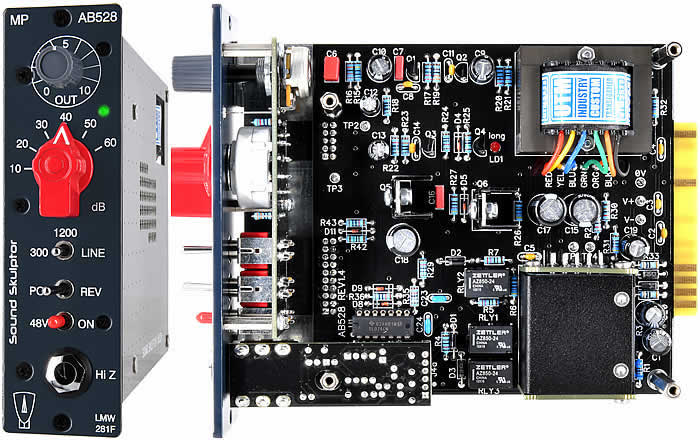 The AB528 is a transformers coupled, class A mic preamp. The design, from the late 60's, is inspired by a legendary console, that was used at the most famous London studio by the greatest artists, such as the Beatles or Pink Floyd. 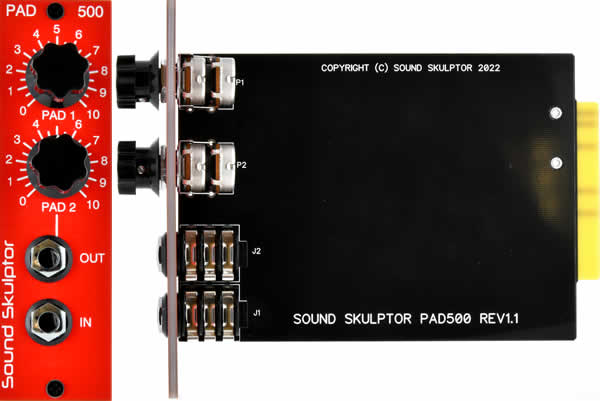 The PAD500 is a dual balanced line attenuator. It is used after a mic preamp or any effect that you want to drive hot without clipping your converters. 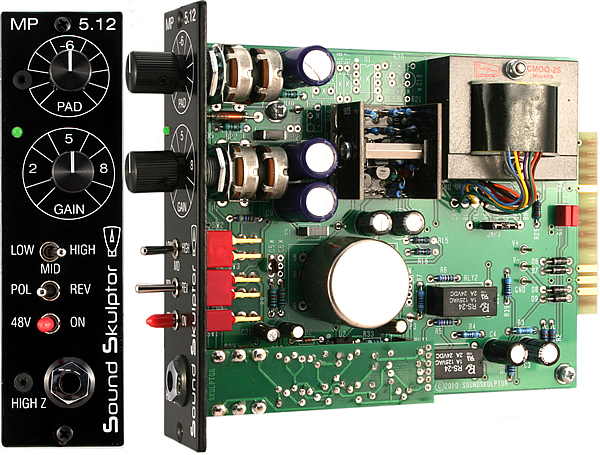 The MP566 is a dual-triode vacuum tube circuit preamplifier based on a design that has been used in several famous devices from the 50's, which has been adapted to the '500' format of API*.

The MP573 is a two stages, single ended class A microphone preamp, based on the design that was originally used in the Neve 1290/1073 modules, that has been adapted to the '500' format of API. 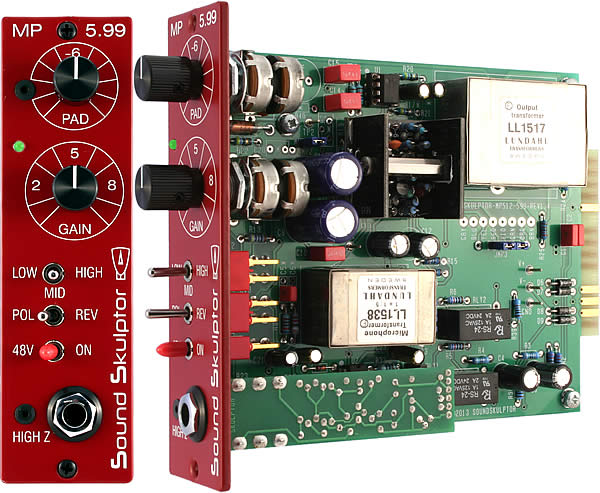 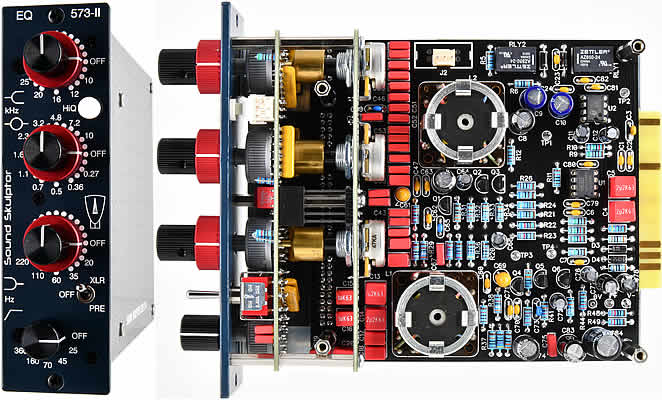 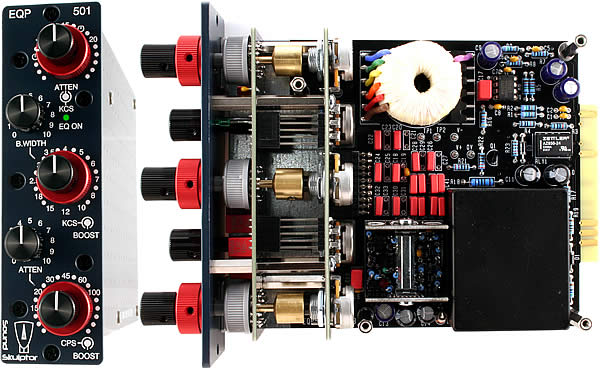 The EQP501 is a passive equalizer based on the classic PULTEC EQP 1A, adapted to the '500' format of API*. It is made of an all passive section followed by a gain make up stage based on a Discrete Op-Amp (DOA). 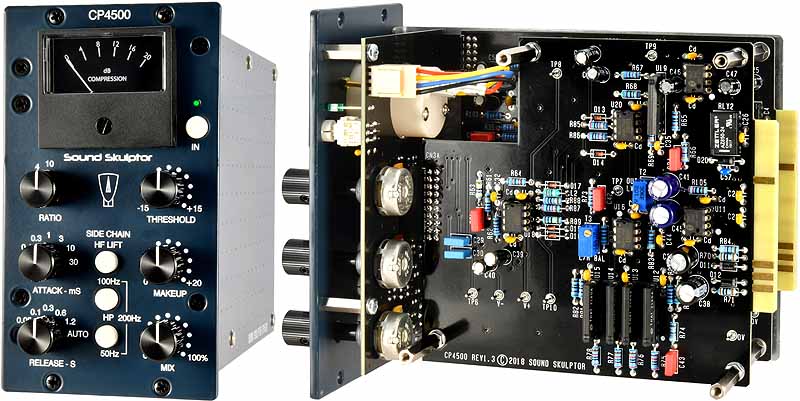 The CP4500 is a Stereo bus compressor based on the design that was originally used in a legendary British console, adapted to the '500' format of API*. It is famous for adding punch and glue to the mixes. 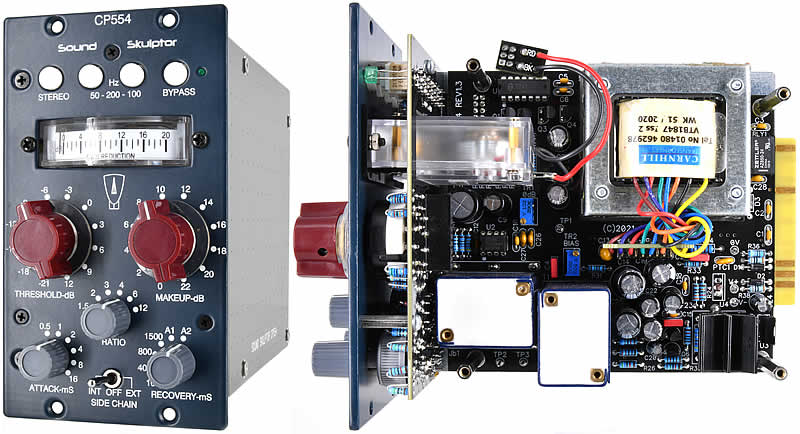 The CP554 is a transformer coupled diode bridge compressor based on the design of legendary British consoles, adapted to the '500' format. It is the ticket to immediate access to the classic, harmonics-rich sound of the seventies. 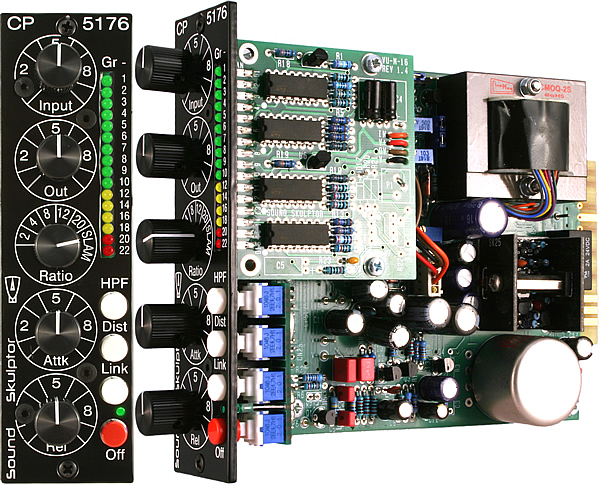 The CP5176 is a FET compressor based on the design that was originally used in the 1176 compressor, which has been adapted to the '500' format of API*. 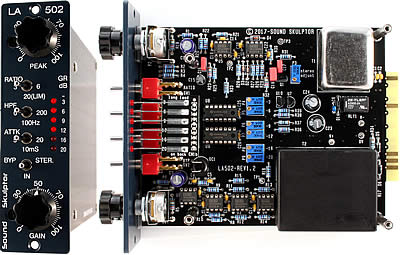 The LA502 is a soft knee, electro-optical compressor based on the LA2A/LA3A design, which we have adapted to the '500' series format. 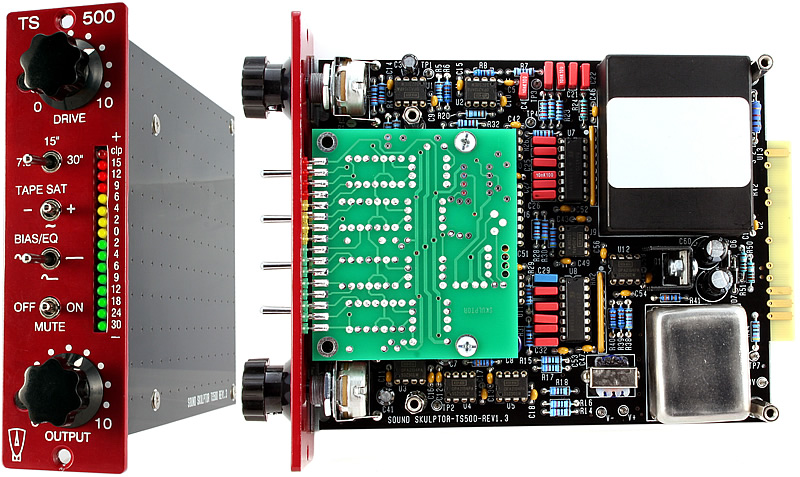 The TS500 Tape Simulator is the successor or the Stereo Tape Simulator. It has been adapted to the API* 500 format with a number of enhancements.

The 501 is a single slot, 500 series compatible case and power supply.

The MC624 is similar to the monitor section of a mixing desk: it lets you select one out of six stereo audio sources, adjust the level and route it to one of four monitor outputs. 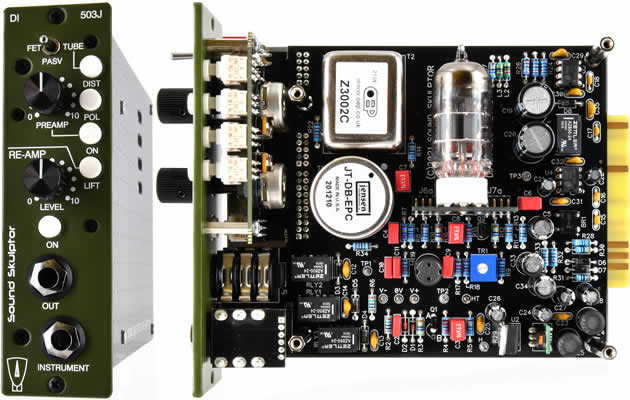 The DI503J is a triple mode (FET/Passive/Tube) Direct Box for instrument and a Re-Amp unit for the '500' series.

All our products are in stock

Login Status
Not logged in
© 2018 - by Sound Skulptor - All Rights Reserved.